Boston is a city drenched in history, and nowhere is that history more alive than at Fenway Park, home of the Boston Red Sox.

The oldest ballpark in Major League Baseball, Fenway’s history dates back more than a century. It was built by then-Red Sox owner John Taylor. He claimed he named the park Fenway because of its location in the Fenway neighbourhood, which had been partially created decades earlier by filling in marshland or “fens”. Although it was suggested that the fact that his family’s company was named Fenway Realty didn’t hurt.

Like many classic ballparks, Fenway was built on an asymmetrical block, resulting in unusual field dimensions including an odd-shaped corner in center field that is 420 feet away from home plate, the longest in baseball

The first official game at Fenway was played on April 20, 1912. With more than 100 years of lore, heartbreak, glory and stories, visiting Fenway is, to some, akin to a pilgrimage. Our property’s central location makes Boston Park Plaza one of the finest hotels near Fenway Park.

Perhaps the most famous story associated with Fenway is The Curse of the Bambino. Babe “The Bambino” Ruth played for the Red Sox from his debut in 1914, until he was sold to the New York Yankees in 1919. With Babe Ruth on their team, the Red Sox had won three World Series in four years. Most Red Sox fans thought the sale was a terrible move and history proved them right. Not only did Babe Ruth go on to become one of the greatest players in baseball history, leading the Yankees to numerous World Series titles, the Red Sox went through one of the longest championship droughts in all of professional sports, which many fans attributed to the sale of The Bambino.

After a number of years, Thomas Yawkey bought the team in 1933. Fenway was renovated, adding concrete grandstands and increasing the seating capacity. However the most revered addition was the 37-foot high wall in left field, which had a hand-operated scoreboard and was covered with ads. In 1947, the ads were removed and it was painted dark green and became known as “The Green Monster”. 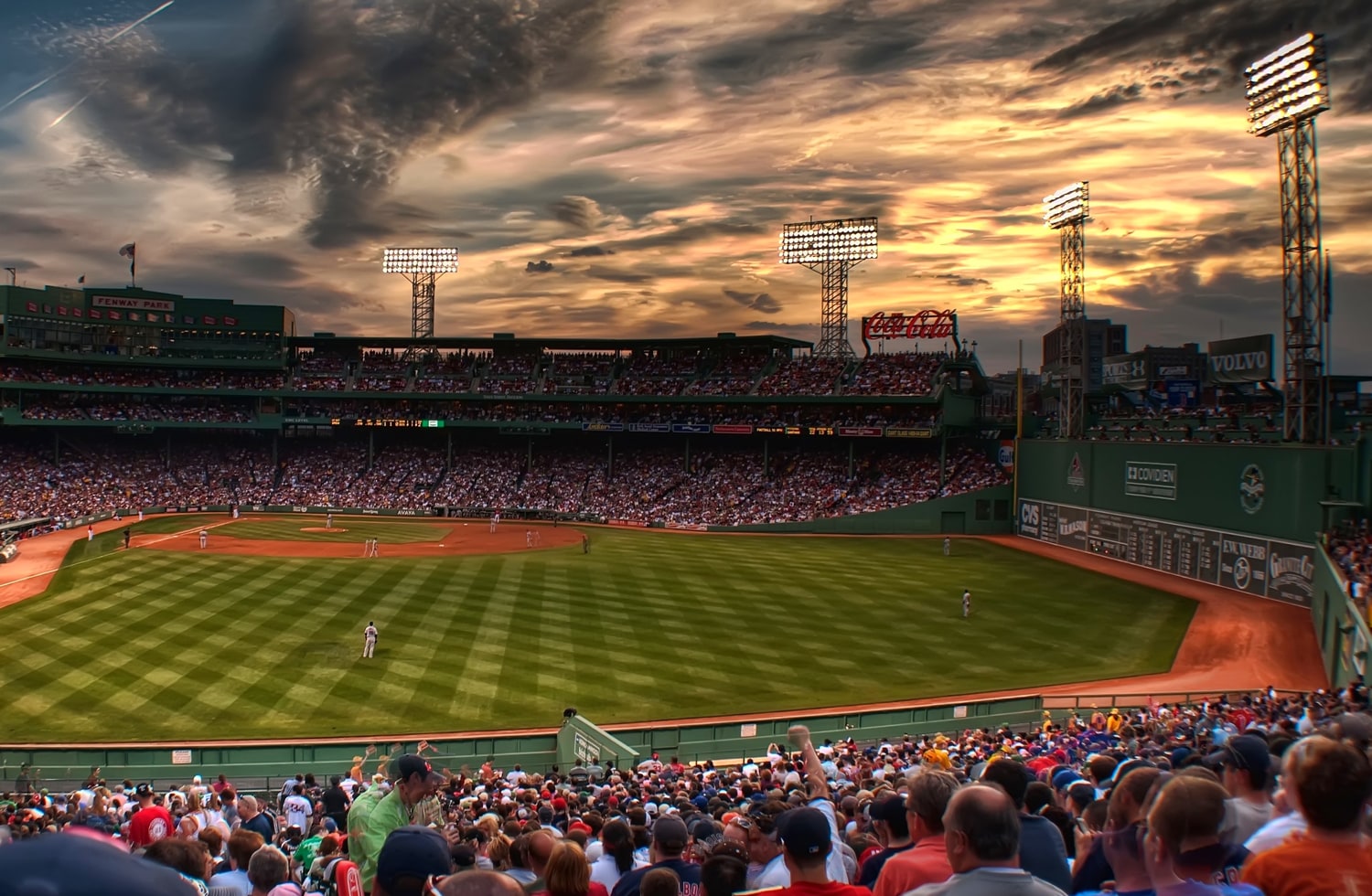 Just a year after the end of World War II, Ted Williams hit what is considered to be the longest home run at Fenway on June 9, 1946, officially measured at 502 feet. The ball landed on the head of a fan, Joseph Boucher. The seat where Mr. Boucher was sitting in the right field bleachers (Section 42, Row 37, Seat 21) is now the only red seat at Fenway, to commemorate this record home run.

In 1975, the Red Sox made it to the World Series for only the third time since trading Babe Ruth in 1919. The sixth game of the Series was at Fenway. In the 12th inning, Carlton Fisk hit a pitch down the left field line. As he made his way toward first base, he implored the ball to stay fair. The ball hit the foul pole, sending the series to a seventh and deciding game. The image of Carlton Fisk jumping and waving at the ball is considered one of baseball’s greatest moments. However the Red Sox lost to the Cincinnati Reds, extending the Curse of the Bambino. The curse was finally lifted, perhaps appropriately, on the 100th edition of the World Series in 2004 when Boston swept the St. Louis Cardinals in four games. The Boston Red Sox took home the World Series trophy again in 2007, 2013 and in 2018.

Fenway is one of our country’s most beloved ballparks. If you’re going to a game, be sure to arrive early and take in the atmosphere. Yawkey Way just outside the Park is closed before each game so fans can enjoy live music, food and share pre-game predictions. Boston Park Plaza is located less than two miles away, and with easy access to public transit, it’s one of the most convenient Fenway Park Hotels. If you’re looking for tickets to the game or directions, contact one of our Concierges.