As the locals will tell you, spring is one of the best times of year in Boston. “With the longer days and the flowers and the trees coming alive, it’s a real reawakening,” says Nina Senatore, Guest Relations Supervisor at Boston Park Plaza, one of the most sought-after Boston hotels.

“You can start to feel things change in mid-March,” she says, so it’s no coincidence that the Boston Flower and Garden Show runs at this time. Held at the Seaport World Trade Center, it’s five days filled with exhibits and inspiring garden designs, lectures and demonstrations about how to get the most from your plants this spring. Whether you have an expansive garden or containers on the balcony, there’s something to bring out the green thumb in everyone.

“On Mother’s Day, it becomes Duckling Day in Boston. The community stages a re-enactment of the story, with people dressing up like characters from the book,” Nina says. Families parade through the city, joined by the Harvard marching band.  “It’s one of my favourite days,” she says and a great day at Boston Park Plaza, one of the finest hotels near Boston Common. 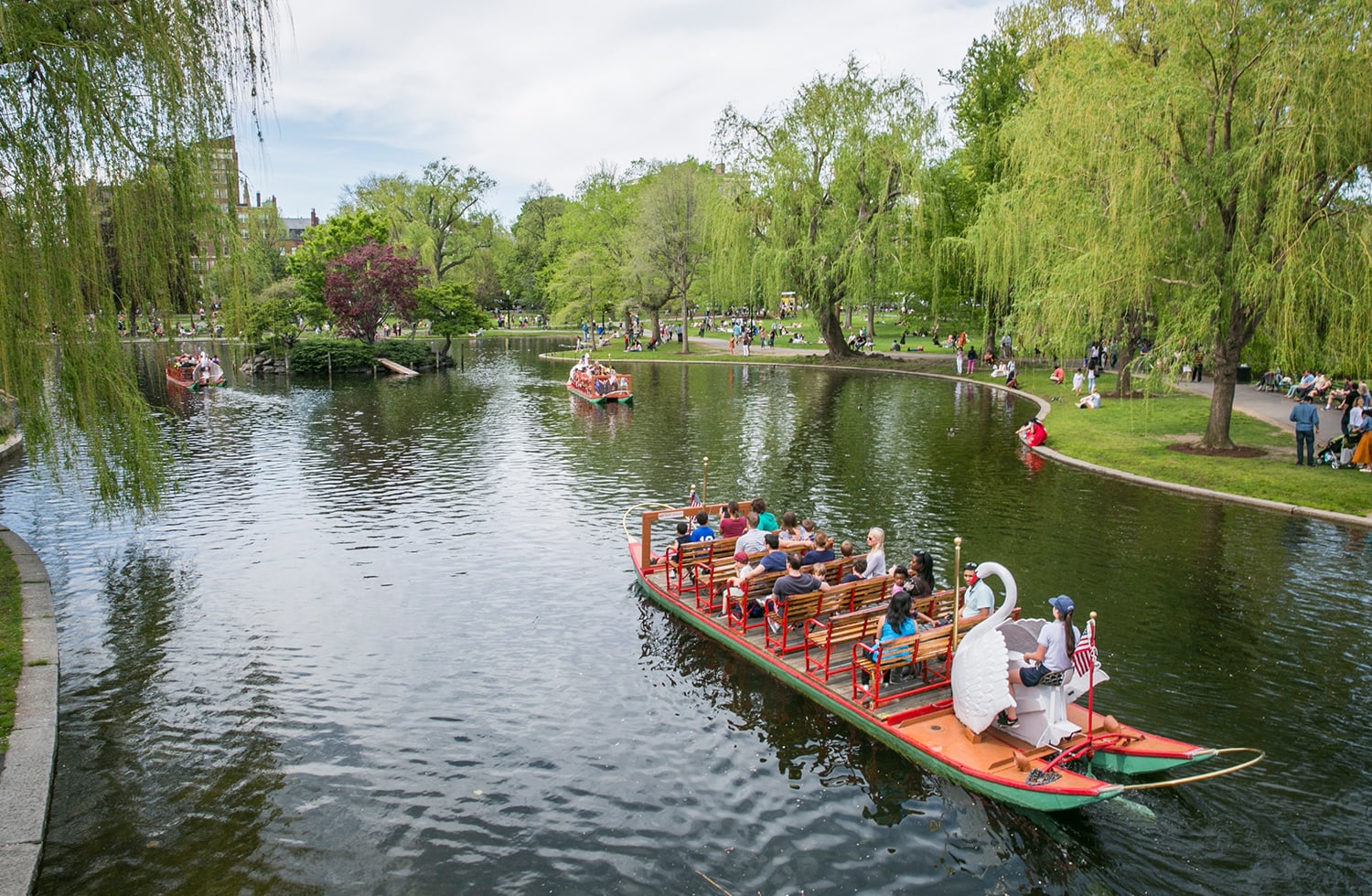 Another sign of spring is the return of the Swan Boats in the Public Garden. They run every day, from early April through late September. “It’s beautiful to see them paddling around the lagoon, surrounded by weeping willows. When I see the Swan Boats, it feels like home,” Nina says.

Nearby, two streets that come to life in the spring are Newbury Street and Charles Street in Beacon Hill. Newbury Street offers great shopping all year round, and in March and April, these neighboring Boston Common restaurants and cafes move tables and chairs outside, so guests can enjoy the sunshine.

“One place I always tell visitors to try is the Paramount Café on Charles Street in Beacon Hill. It’s iconic,” Nina says. It’s been welcoming locals and visitors since 1937 and the staff still wear traditional white uniforms and aprons. “It’s a hidden treasure.”

“I also advise guests to visit Commonwealth Avenue,” she says. Inspired by Paris’ Champs Elysées, it’s the widest street in Boston and Winston Churchill called it “the grandest boulevard in North America.” The Avenue is lined with beautiful trees, and over the years, statues and memorials have been added.

One of the things Nina loves about this part of the city is its space and scale, including Boston Park Plaza, one of the city’s favorite hotels, Boston Common and the surrounding area. “I can always step outside, look up and see blue sky,” she says. That’s when you know spring has truly arrived and with it, dozens of activities for visitors and locals.

The Holiday Lights of Boston

The Best of Boston for Families